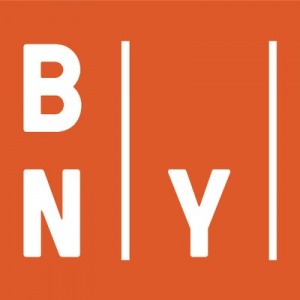 The Brooklyn Navy Yard Oral History Project is an effort to capture the personal memories of those who worked on the Yard in their own voices. This project’s mission is to document the evolving labor demographic of the Yard, beginning in the 1940s. Prior toWorld War II, women worked at the Brooklyn Navy Yard in a clerical capacity. In 1944, with most eligible men serving their country, positions opened up for welders, riveters, pipe fitters, and draughtswomen and women found work in trades positions for the first time. For many women, fresh out of school and eager to aid the war effort, this was the only time they worked outside of the home.

A grant funded partnership between the Brooklyn Navy Yard Development Corporation and the Brooklyn Historical Society further expanded the project with an intention to make the collection accessible through both institutions, in particular the Yard’s permanent exhibition, Brooklyn Navy Yard: Past, Present, Future. To date, labor and leadership at the Yard is documented, from the Shipyard era through the Industrial Park era.

Partnering with the National Home Front Project is the perfect opportunity for the BNY Oral History Project. The Navy Yard was at its most active during World War II: it was a 24-hour, 7-day facility, with 70,000 people reporting for work each day. These important stories of the men and women “behind the gun,” are meant to be shared. The BNYDC Archives has worked to preserve and make available these interviews, and we are thrilled to join other institutions across the United States to make them further accessible in a centralized portal of memory.

Today, the Brooklyn Navy Yard (the Yard) is a mission-driven industrial park that is a nationally acclaimed model of the viability and positive impact of modern, urban industrial development. The Yard is now home to over 400 businesses employing more than 7,000 people. The Brooklyn Navy Yard Development Corporation (BNYDC) is the not-for-profit corporation that serves as the real estate developer and property manager of the Yard on behalf of its owner, the City of New York. BNYDC constantly strives to provide an environment in which businesses and careers can take root and grow.

The Yard was once the nation’s most storied naval shipbuilding facility, which for over 150 years built and launched America’s most famous fighting ships, including the USS Maine, USS Arizona, and USS Missouri. The Yard also served as an important point of passage, home, and workplace for countless veterans as they served out country. Through its public programming, the Yard continues to honor and preserve this rich history.

For more information about this project and its World War II interview collection, please contact archives@bnydc.org or visit the BNYDC Archives website.