Inspiration for Your Interview 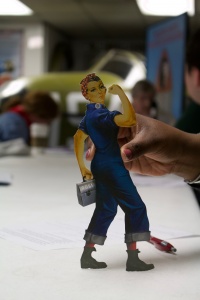 The National Home Front Project warmly welcomes all stories about the American home front during World War II. We encourage families and communities across the country to nominate their elders to share their lasting memories of the war by contacting our program staff.

Here are some different topics that may inspire you to look all around you for World War II history. We are excited to record and archive oral histories with/about:

While our focus is on collecting stories of home front service and civilian memories of the war, we would be glad to put you in touch with our institutional collaborators, who have a strong commitment to conducting interviews with foreign service veterans. Or if you have a family keepsake that you would like to donate to an archive, we can also connect you with organizations that preserve World War II artifacts. Please visit our Contact page for more information.