David Shearer lived in the town of New Brighton, PA throughout the war. Born in 1937, David particularly details his experience collecting scrap metal and scrap newspapers, while also detailing his mother’s role in running scrap drives in their neighborhood. 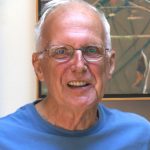 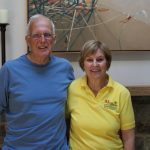 As far as ball games and stuff like that, we didn’t have a ball field or anything in our neighborhood, so early on we never learned to play ball [games]… We would, as I got older… We didn’t have a football. After the war, either your father was on strike or laid off, so there wasn’t a lot of money around. So we would roll up a bunch of newspapers and make an elongated football, then wrap it with electrical tape so it would stay together. Then that’s what we would pass back and forth, back and forth on the streets to play touch football.

Yeah, it probably did. (laughter)